To be part of any subculture, together with the need of a collective identity there must be a readable dress-code. As it was for the most iconic cultures, such as punk rockers, skinheads, hip hoppers, ravers, beatniks etcetera, clothing plays a fundamental role in the recognition of such tribes.

The one I’m presenting here is an interesting case in subcultures history, because it shows clearly the playground where the worship of High Fashion crashes into the midst of extreme poverty. 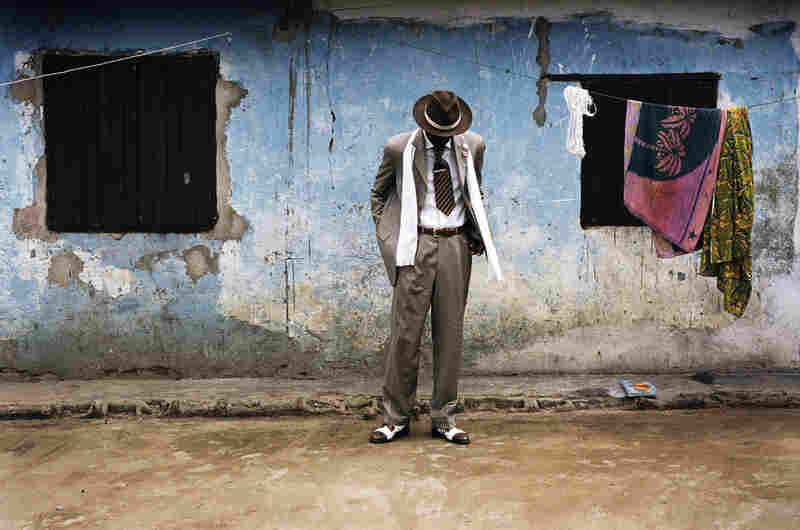 We are talking about the Sapeurs, a subculture from Brazzaville and Kinshasa, respectively capitals of the Republic of Congo and Democratic Republic of Congo. The group name refers to “SAPE”, which stands for “Société des Ambianceurs et des Personnes Elégantes” (Society of Ambiance-makers and Elegant People) and consists of Congolese men who love dressing up and  gather together to show off their suits on the behalf of (mostly) european Haute Couture, despite of unsustainable living conditions. Although the phenomenon gained momentum after the end of the WWII, the Society seems to have been active since even before the Roaring Twenties (the north area of Congo River came under French sovereignty in 1880)  when the Congolese soldiers started imitating the French and Belgian colonialists’ style.

Here it comes the first question. Why the oppressed would have loved to dress up as their oppressors? As typical behaviour of western culture after the Industrial Revolutions, clothing would have been functional as a material display of accumulated wealth, namely we can assume that one of the reasons why Congolese men started wearing up western couture goods leads to an explicit association with power, luxury and innovation that they perceived when “visiting” Europe (trickle down theories).

Nowadays Congo is still far away from being a developed country. Particularly, the Democratic Republic of Congo is extremely rich in natural resources but has had political instability, a lack of infrastructure, issues with corruption and centuries of both commercial and colonial extraction and exploitation with little holistic development (Wikipedia).

Nevertheless Sapeurs not only continue nourishing their interest towards western fashion, but also they seems to achieve a kind of shamanic aura among the cities’ inhabitants, who can’t really understand nor estimate the mind-boggling amount of money necessary to satisfy this as paradoxical as much shocking cult. Instead, when looking at them walking on the street, they would shout out “The God of Clothes, The God of SAPE!” (2015 RT documentary min 1:18)

Effectively, they dress in Kenzo, Giorgio Armani, Paul Smith tailored suits, have strong passion for silk ties and invest thousand dollars in suede shoes. For istance, a pair of Weston’s lace-ups, which are mandatory, can cost up 1500$ and they are considered useful for sapeurs “dignity and self-esteem”. Obviously, imitations are not allowed.

There are additional rules concerning their style, such as a precise combination of colors (maximum three) or the socks’ height. As proper dandies, they need to study their own outfit as much as the others’ one, which means they must be able to recognize brands, fabrics and little details without showing off the labels. The result is unbelievable: they are masters of elegance.

Another curious point is that differently from other subcultures, the Sapeurs’ one doesn’t have relation with music, rebellion or criminality. Instead, it relates with the cult of Fashion in its aesthetical assumption.

As we said before, Sapeurs admit to invest over thousand dollars on the purchase of their outfits, so as that it usually happens they get credit from banks, save money over years or ask for support from families. This is likely inexplicable.

In a place where there is not running water and both children and adults suffer from living under slavery conditions so far, it’s impressive the evidence of such an enormous gap between reality and the dystopic desire (illusion) of belonging to a richest way of life, which has effectively no links with them.

In facts, the western Fashion system wouldn’t have turned its spotlights on this phenomenon, which instead has been cleverly hunted the Photographer Daniele Tamagni, who in 2009 collected a series of amazing pictures where we see the dandy lions dominating over the ruined city.

Later on in 2014, Guinness’ spot paid a great homage to this destabilizing yet incredible culture, celebrating the power of being

“Masters of their faith, Captains of their soul”.