There is an intrinsic relation between youth and the concept of generation, which is the measure of change that occurred in contemporary history.

This relation leads us focusing on the relevance and characteristics of what we mean for “youth” in sociological analysis and how it is likely to influence behaviours and way of thinking of all those people who are involved within the use of Social Networking in contemporary days.

Consequently, we must give space to the cultural studies dealing with the problem of generations, which many sociologists have been analysing since the beginning of 20th century. Nevertheless, the aim of this essay is to present and to review how likely the perception of human age is open to discussion when the dimensions of Time and Space are subjected to significant changes, and then how this change is mirrored in many cultural aspects related to fashion consumption.

What do we mean for “Generation”? According to the Oxford Dictionary (2016):

“NOUN: 1. All of the people born and living at about the same time, regarded collectively; 1.1 The average period, generally considered to be about thirty years, in which children grow up, become adults, and have children of their own; 1.2 A set of members of a family regarded as a single step or stage in descent; 1.3 A group of people of similar age involved in a particular activity; 1.4 A single stage in the development of a type of product or technology. MASS NOUN: 2. The production or creation of something; 2.1 The propagation of living organism, procreation.”

“Group, People, Age, Time, Development, Creation”. These are the main keywords that fully represent the idea of one generation meant as something common to a considerable amount of people that live under same circumstances and behave similarly.

Common language uses the term generation to indicate the fact that being born in a determined period and having experienced the same cultural context (characterized by peculiar historical events) during the most forming years of one person’s life, it deeply impacts on one individual’s attitudes and feelings (Cavalli, 2016).

1.2 A brief introduction to the history of generations

The first generations that came to light in sociological studies have been classified starting from the end of the XIX century, and they are all related to the greatest historical events that marked their time.

Those who were born between the years 1883 and 1900 composed the so-called “Lost Generation”. The term was popularized by Hemingway, who declared that it was used for the first time by Gertrude Stein, who was saying to him: “That is what you are. That’s what all of you are… all of you young people who served in the war. You are a lost generation”(Wikipedia, 2016). ‘Lost’ stands for disoriented and directionless, referring to all those people who took part of World I and experienced the years of decadence following it. Since it is said that one generation can be recognized by the works published of its main literati (Mannheim, 1927), the Lost Generation’s imaginary includes the well known novel “The Great Gatsby” written by Fitzgerald, which deals with prominent themes such as corruption and the fall of the American Dream.

The following “Greatest Generation”(people born around 1900-1914) and “Silent Generation”(1925-1942) both experienced the Economic crisis in 1929 and the World War II too, but what matters is that they perceived and then metabolized the war’s consequences in very different way due to their age location, which has been a source of tension in their personal lives (Howe, 2014). The Silent grew up while their parents were fighting during the War, so as that when they came of age they were not looking for fighting against the system. Indeed, they were called “silent” by Time Magazine in 1951, because they were those who kept their heads down during the McCarthy era (Howe, 2014).

“Baby Boomer” is a cultural term referring to all people aged 52 to 70 years old in 2016. They are born in a generally positive economical period and, differently from their elders, boomers came to age by questioning traditional values with the aim of redefining the social structure. As a matter of fact, being a boomer meant for a significant amount of individuals taking part of such an extraordinary moment in human history, as it was being young between the Sixties and the Seventies. 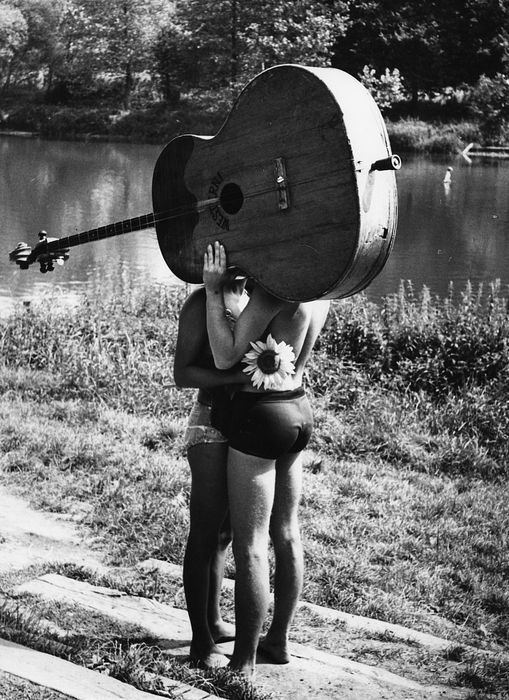 From a cultural point of view, these two decades are of precious relevance if one wants to understand the spread of youth cultures on global stage and the foolish contribution they gave to rough-hew the first profile of a universal thinker. Indeed, we can mention an extraordinary variety of greatest names that influenced the cultural environment. Back in time, music has played a fundamental role for those teenagers: from Bob Dylan in California to The Beatles in Britain, the echo of their voices twisted radically the mind of over millions of people. Furthermore, they were the first generation growing up with Technicolor televisions on a large scale, in other words their way of thinking was literally influenced by the images projected by a mass-media technology product. 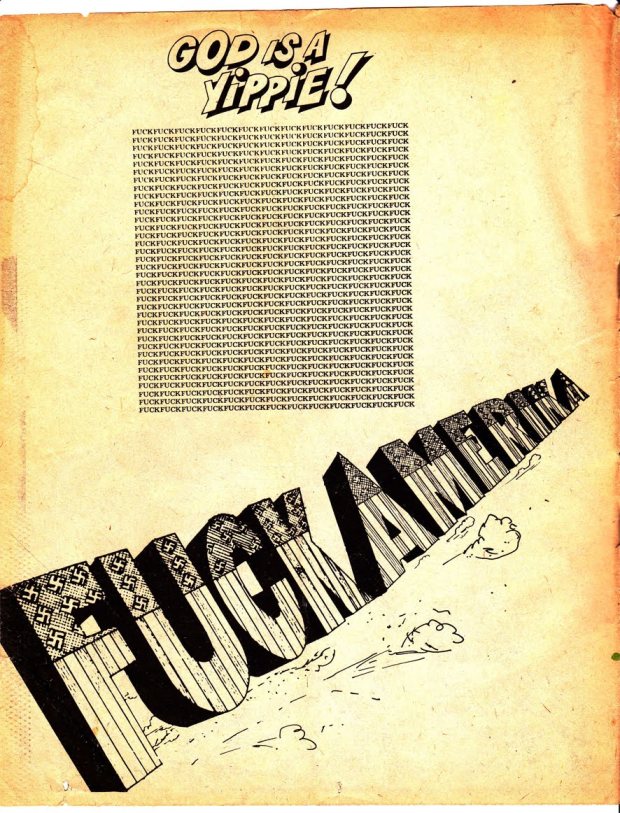 “One day the radicals from Berkeley were invited at the Buddhist temple owned by some hippies from San Francisco. We got drugs and decided to gather both the Haight-Ashbury and Berkeley tribes. A meeting between tribes. Golden Gate Park. Free music provided by all the city’s rock-bands. Hippies used to call it human ‘be-in’. But no one knew what the fuck was a ‘be-in’ […] We were cowboys and Indians, pirates, kings, gypsies and Greeks. A big historical fresco. Rock-bands were creating a tribal atmosphere full of animal’s energy. We were a religion, a family, a civilization: with our own music, our own way of dressing up, with our human relations, our drugs, our communication system. And we were sure enough to say that our energy would have overturned the world.”(Rubin, 1971)

In ‘Amerika’ (as Jerry Rubin, father of Yippie movement was used to call it) ‘Do it!’ was not only the title of an amazing book concerning how the political protest among Californian students got momentum, but more it was an open invitation to people to gather the ongoing revolution against Vietnam War and most of all against the conservative, racial, bourgeois political system too.

On the one hand, certainly we have to maintain that youth movements from all over western countries assumed different traits according to the needs and the political issues related to each location, that means saying that what happened in California during the Sixties is not as exactly as the same movement that has spread out in Europe later on, or at least, we must admit that every country has absorbed the call for action and reformulated in its own context.

On the other hand, even though we have to admit substantial differences among countries and inside the same nation too (if we think about George W.Bush as a Boomer, it is clear that not everybody liked the hippie movement in past days), the very relevant unifying aspect of that moment is that: for the very first time in history, people coming from all over the world started approaching within the aim of re-discussing obsolete social structures on the behave of their inner personality. In a 20 years period, the debate about sexuality, race, drugs, freedom, pregnancy, divorce, feminism came up so intensively to explode like a bomb because of an intense and faster share of information that was possible thanks to mass media.

Last but not least: clothing. Baby boomers came to age by attracting the interest of media because of the way they liked dressing up. They wanted to differ from their parents and they knew the symbolic value of what they were wearing and use it as a manifesto. Since when Frankie went to Hollywood, the apparel industry found in young people a rich source of inspiration as well as a fruitful link between market and fashion, as we will explore further in the next paragraphs (birth of teenager).

From 1960 to 2000, social scientists have been classifying generations as follows: Generation X (1960 – 1980), Generation Y, also known as Millennials (1980 – 2000), Generation Z (2000 – ongoing). These 3 groups (together with many boomers) also present their own characteristics as well as they actually have something in common, which will allow us to position them in only one cohort: the ‘snap’ and revolutionary introduction of social networking in everyday life that changed irreversibly human communications and relationships.

It is true that Xers are the first generation to grow up in the Internet Era and it is perhaps the most extensively wired (and now wireless)(Miller, 2011). Differently from those belonging to the ‘iGeneration’, which may have learnt how to use Google before they could attend primary school, GenX witnessed a gradual spread of computers in high schools and then universities and by 2009, 97% of them reported they regularly used the internet for several purposes (blogging, mapping, shopping, researching, working and so on)(Miller, 2011).

Despite the fact that they have experienced and followed the full development of new technologies, it does not imply that they are able to use computers better than youngsters do. In effect this point will constitute a very interesting part in our analysis. If young people do not learn from adults anymore, the idea of time and experience has to be reformulated. It is not a matter of contrasting generations, but instead it is about an intense participation to the process of converting cultures into digital, which has generated more enthusiasm than panic among people, that is like to say that you will be not surprised if your grandmother invites you for dinner via WhatsApp.

Who is on next?

In 2004 a student from Harvard, Mark Zuckerberg, launched Facebook, an online social networking service. Initially thought as a tool to keep in touch and find out information about old friends, in less than 4 years it has become the more used social platform ever as well as an astonishing “stream of consciousness”.

Moreover, the use of Facebook itself has evolved together with the empowerment of image over the use of words, a situation that is clearly summed up by watching a 2016 advertisement where we see Scarlett Johannson’s photo-portrait with a Huawei smartphone in her hand and the slogan: “Reinvent Smartphone Photography”.

In one article published on Vogue Italy, the American writer Peter Cameron(2015) suggests that:

“[…] The modern notion of social generations confuses me, because it’s not as if all parents give birth simultaneously every twenty or thirty years. As far as I know, children are born every moment of every day of the year. And so the idea that one can differentiate or define groups of people based upon when they are born contradicts the realities of human reproduction”.

In other words, nowadays it is almost constraining and useless to classify and differentiate one generation from another on the year of birth basis. Since we can’t establish the precise duration of one generation unit (Cavalli, 1994), we should consider only one generation that is the one that comes with the Digital Era, in its whole essence.

In doing so, we will study the so-called Generation U (where “u” stands for unclassifiable, unpredictable and untouchable) as the predominant ‘cultural cohort’ that allows us to avoid the forcing of conventional periods that operate by chronological sections (Cavalli, 1994). Initially judged as a society without substance neither personality (because of the time spent in front of their own personal laptops), the global generation is actually overcoming all the boundaries, by creating the echo that is causing the landslide of obsolete systems and mentalities.